Study acting with award-winning professional actor/director, Brian McDonald. These courses provide one-on-one interaction in addition to group activities and culminate in a final showcase for family and friends. Whether you are an aspiring actor or just want to try something new, ETC students will find themselves at ease in this supportive environment as they expand their creative comfort zone, hone their performance skills and explore the art of acting!

This introductory class exposes students to scripted scenes and monologues. Students learn memorization techniques, stage presence, listening skills and working together with a scene partner on contemporary scripted material. Preliminary exposure to acting is beneficial but not necessary. A final presentation will feature the students work throughout the class and is open to all family and friends.

Fast-paced, challenging and great fun! Students learn self-assurance while acquiring intermediate acting skills. Script analysis and character development are taught through monologue and scene work, theatre games and improvisation. Additionally, voice and movement work help round out this perfect class for serious young actors! Friends and family are invited to a final presentation of the students work performed on the ETC stage.

Whether discovering acting for the first time or looking to further your skills this class welcomes you. Using contemporary scenes and monologues students will focus on basic and intermediate acting methods that include relationship communication, script analysis, and character development through action, objective and intention. Theatre exercises are also used throughout the session to build confidence and free the mind, body and voice for individual expression. Scenes and/or monologues are chosen by the instructor and based on each student’s personal needs and desires and are performed for friends and family in a final presentation on the ETC stage. 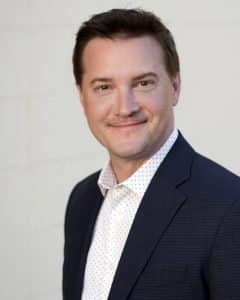 Brian McDonald is an award-winning actor, director, and educator. He appeared in the National Tours of Miss Saigon and Forever Plaid. Regionally, he appeared on the stages of the Denver Center, Theatre Virginia, The Lyric Stage, La Miranda performing Arts Center, Ensemble Theatre Company, Pasadena Playhouse, Thousand Oaks Performing Arts Center, and the Ahmanson. As an actor, Brian was honored with the Ventura Mayors’ Award for Emerging Artist, LA Weekly’s Best Supporting Actor Award, and an Independent Award for his most recent performance in the one-man-show, Buyer and Cellar.

Brian served as Associate Artistic Director and the Director of Education and Outreach at Rubicon Theatre Company since 2002.  He is the founder and program director of Rubicon’s Summer Youth Performance Program which offers theatre training intensives in acting, musical theatre, drama, Shakespeare, and technical theatre.

Studying the craft of acting requires a nurturing environment of total and complete support. In this environment, each student has the opportunity to comprehend the principles and techniques being taught at their own pace. All actors need a safe place to experiment and fail without the fear of judgment which can block an actor’s unique vitality and artistic creativity. Actors of all levels are invited to discover how they can address creative blocks, and fully realize their performance.

Limited financial assistance is available through scholarships funded by our education sponsors. Awards are based on financial need and review by a committee. To apply for a scholarship please fill out the online form. Applications must be submitted in advance at least two weeks prior to the start of class.