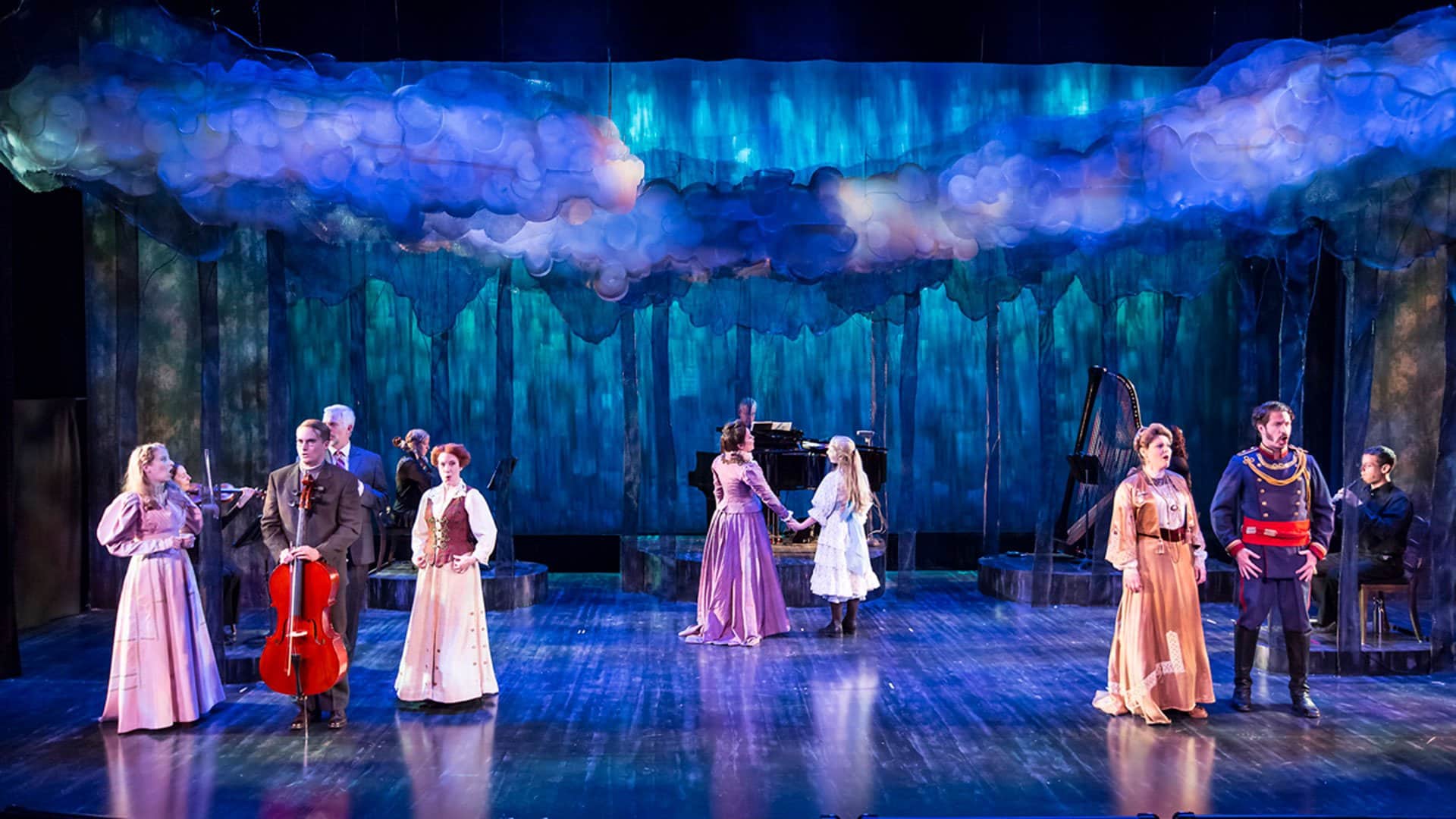 Music and lyrics by Stephen Sondheim book by Hugh Wheeler

The hit Broadway musical A Little Night Music, inspired by the Ingmar Bergman film “Smiles of a Summer Night”, will open the Ensemble’s 2013-14 Season. Directed by Ensemble Executive Artistic Director Jonathan Fox, A Little Night Music features one of Stephen Sondheim’s best-known songs, “Send in the Clowns.” A star-studded cast featuring Piper Laurie, Stephanie Zimbalist and Patrick Cassidy will christen the stage at the New Vic.

Infused throughout with the flavor of a waltz, the musical takes place in turn-of-the-century Sweden, where the acclaimed actress Desirée Armfeldt lights up the stage and dazzles men’s hearts. When both her former lover and her current paramour — and their wives — show up for a weekend at her mother’s country estate, romance and passion are in the air.

“A Little Night Music is Stephen Sondheim at his best, a perfect combination of gorgeous music and astoundingly clever lyrics,” said Fox, who directs the production. “I’ve been wanting to produce the show for a very long time. I’m thrilled that we will open our new space with this musical brought to life by a wonderfully talented cast and design team.”