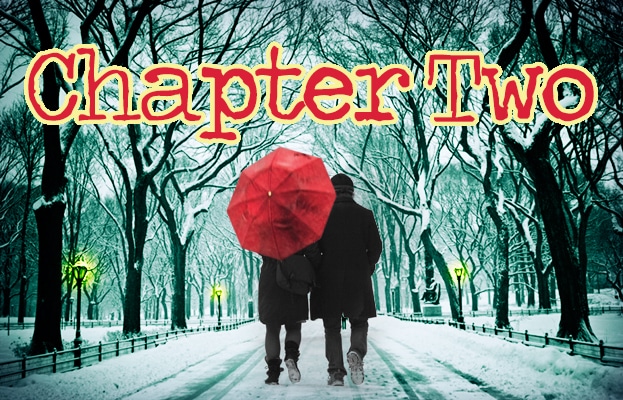 A good-natured, lively comedy peppered with… Neil Simon’s trademark wit. The play is a surefire hit!

“Tender and funny… one of Simon’s best works.” Chicago Tribune

For the holiday season, ETC presents Neil Simon’s heartfelt comedy, Chapter Two. Set in 1970s Manhattan, this charming and poignant romantic comedy follows the coping and coupling of New York writer and recent widower George Schneider. At the advice of his brother, George begins a relationship with actress Jennie Malone, whose six-year marriage to a professional football player has recently fallen apart. Despite the obvious chemistry, the road to “happily ever after” is a bumpy one for these seasoned lovers.

Chapter Two is a Heartfelt Romantic Comedy, Perfect for the Holiday Season!

“This was in some ways the turning point for Simon, the moment when he started to use his own life as something more than an excuse for a gag-fest. It was written as a tribute to his second wife, and her tolerance with his long-lasting grief over the death of his first wife…There is something very painful here, in among the gags, about a man trying to come to terms with death rather than a new life.” The New York Times

Heather Ayers (Faye Medwick) is thrilled to be back at ETC where she has appeared as Mary in Women In Jeopardy, Mrs. Van Buren in Intimate Apparel, Charlotte in A Little Night Music and Mrs. Lovett in Sweeney Todd (2016 Santa Barbara Indie Award). On Broadway, she has been seen in Mel Brooks’ Young Frankenstein, On a Clear Day You Can See Forever with Harry Connick Jr. and Trevor Nunn’s A Little Night Music. Heather has performed Off-Broadway in Five Course Love, Forbidden Broadway, Sarah, Plain and Tall, and several Encores! productions. She has enjoyed playing many regional theatres, including The Old Globe, Yale Rep, Kansas City Rep, St. Louis MUNY, Cincinnati Playhouse, and George Street Playhouse. Heather’s TV credits include “Scandal,” “The Exes,” “Lights Out,” “Z Rock,” and IFC’s forthcoming “Brockmire” starring Hank Azaria and Amanda Peet. Next year, you can see her on Broadway as Mrs. Lancaster in the new musical version of Groundhog Day.  www.heatherayers.com

Thomas Vincent Kelly (Leo Schneider) is pleased to return to the Ensemble Theatre Company where he played Shep in Bell, Book and Candle, and Alan in Opus. Regional credits include: Joey Doyle in A Steady Rain (Guthrie Theater and Alliance Theatre); Mike Dillon in Good People (Alliance Theatre); Mark Antony in Julius Caesar, Jimmy Porter in Look Back In Anger (Writers Theatre); The Wind Cries Mary (San Jose Rep. and East/West Players); A Touch of the Poet, Zoot Suit (Goodman Theatre); Romeo and Juliet (Steppenwolf Theatre); Eastville (Connecticut Rep.); Henry IV parts 1 & 2, Henry V (Chicago Shakespeare); As You Like It, Hamlet (American Players); and Shakespearean festivals in Utah, Florida, Illinois, and Idaho. He is a founding member of Irish Theatre of Chicago where he appeared in Scenes From the Big Picture, Chekhov In Yalta, and Neither Have I Wings To Fly. Television credits include: “Criminal Minds: Suspect Behavior,” “Law & Order: LA,” “Saving Grace,” “The Closer,” “24,” “Without a Trace,” and numerous other guest appearances. Tom is a proud member of Actors’ Equity and SAG-AFTRA.

Caroline Kinsolving (Jennie Malone) CA theatre credits include Olivia in Twelfth Night (The Old Globe); Amanda in Private Lives (ICT); Jo in Little Women (North Coast Rep); Kate in The Taming of the Shrew, Viola in Twelfth Night, Rosalind in As You Like It (Kingsmen); Almost, Maine (The Colony Theatre), and in NY: Love/Sick (Arc Stages), and Last Gas (Shadowland Stages); Helena in A Midsummer Night’s Dream, All In the Timing (Harold Clurman Rep); Coriolanus (Shaw Theatre); The Ice Pick Killer (Guild Hall); her father’s Word Play (Playwrights Horizons), and Love, Loss and What I Wore with Christine Baranski, earned a Best Actress nomination for her work as Vanda in Venus in Fur (San Diego Rep). She recently started a theatre company in New York, and played Beatrice next to John Cariani in Much Ado About Nothing, in a barn on a farm. Television: “Medium,” “Criminal Minds” (with Tim Curry),“Cold Case,” “Satisfaction,” “My Crazy Ex,” “Sam Has 7 Friends,” “Headhunters” (Pilot), “Whistleblowers” (Pilot). Film: The Watcher, Krankenhaus, The Pink Conspiracy, Break, The Adventures of Umbweki, Noobz, Puppy Love, and The Collaboration. Her project, “FOEMS” brings poetry to the next generation through a strong international following on YouTube. She graduated from Vassar and studied at RADA in London, Stella Adler, Yale, and Steppenwolf with Jeff Perry, Kristin Linklater, Gerald Shoenfeld, and Mike Nichols. Thank you as always, Andy B. For Tina, for so many reasons.